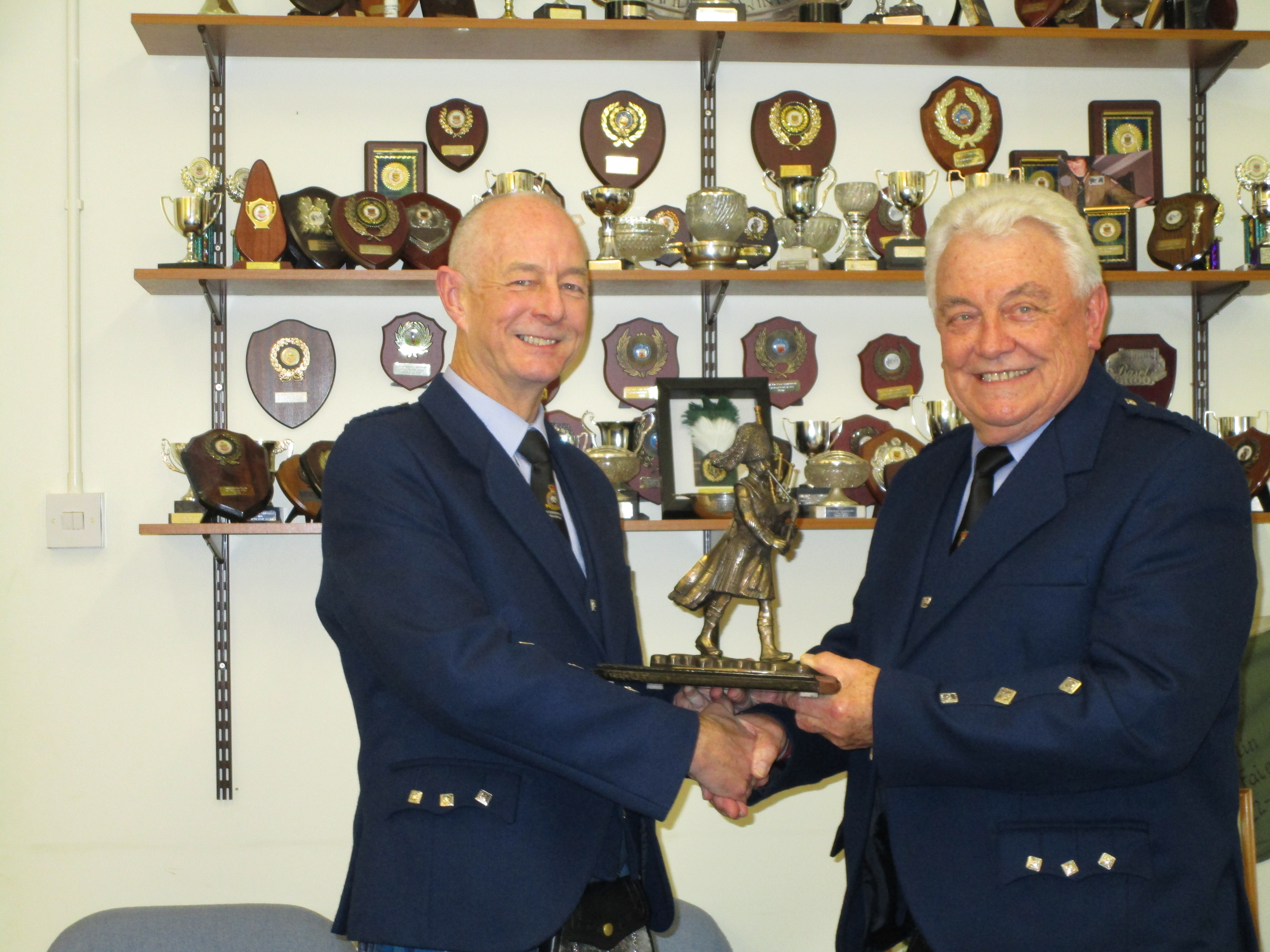 After their last engagement of the year, the RAF Lossiemouth Pipes & Drums presented Bob Thompson with a bronze piper to celebrate his 60 years of piping in RAF pipe bands.

Bob’s first RAF pipe band was at RAF Cosford in 1956 when he joined up as a boy entrant.  Over the years he played in many of the RAF bands and in 1970 he became Pipe Major at RAF Waddington.  In 1977 he was posted to Kinloss and became a stalwart member of the RAF Kinloss (now Lossiemouth) Pipes & Drums both while serving and after retirement and settling in Forres.

Pipe Major Barry Ashby said “I have know Bob since I joined the band in 1980 and it has been a pleasure working alongside him.  It is a privilege to be regarded as his friend, Bob is a true gent and is a great asset to the band“.

The band is sponsored by Thales UK and welcomes new playing members any time.  Barry can be contacted on 01309 676432.