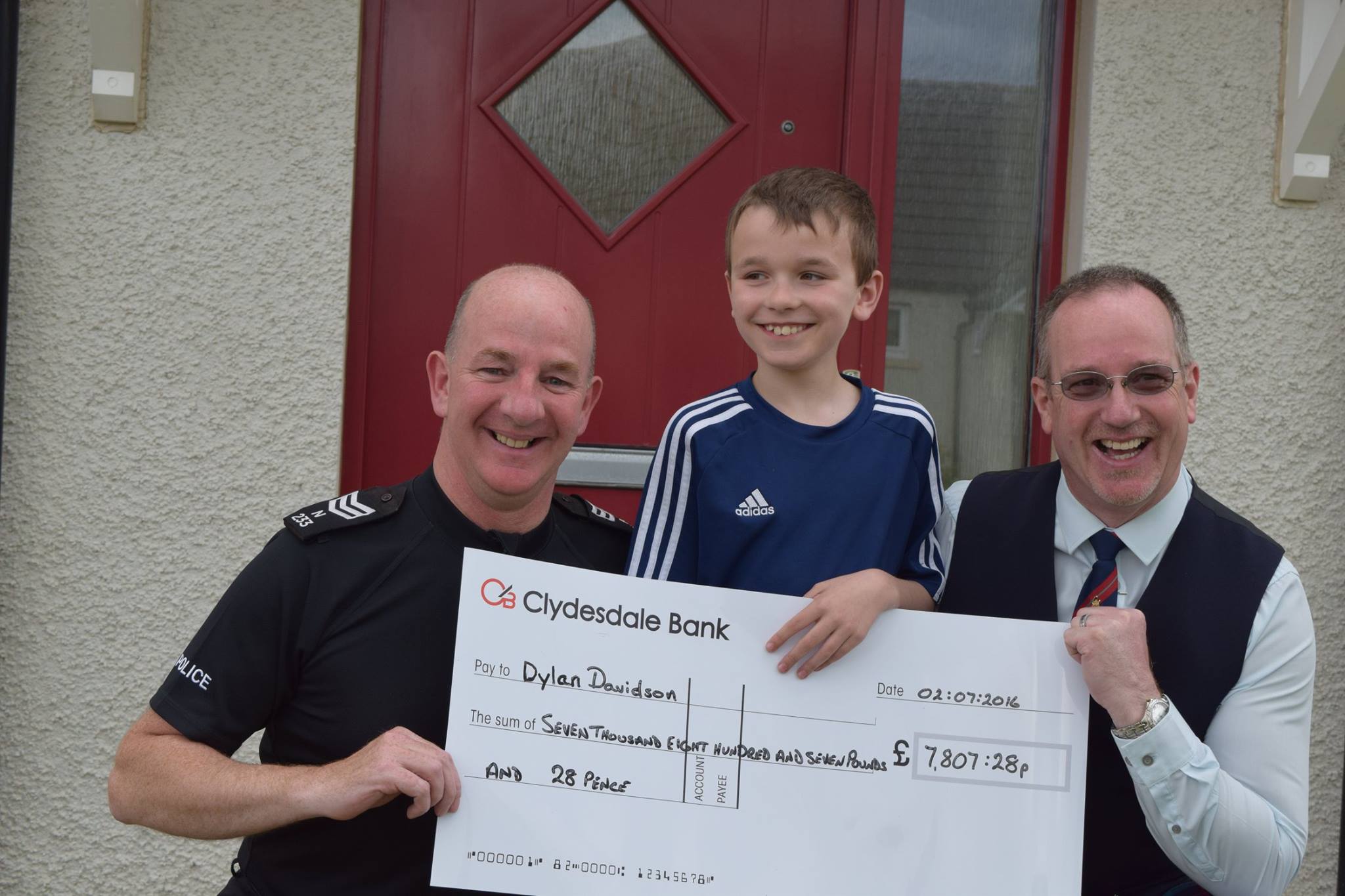 On Saturday 30th April, a massed bands event involving nine local pipe bands was held in Dornoch to help raise funds for the rehabilitation of local nine year old boy, Dylan Davidson.  On the 27th November 2015 Dylan was involved in a serious road accident outside Dornoch academy and one of the first police officers on the scene was PS Peter Allan, who nine years earlier had to deliver Dylan at the side of the road as his parents didn’t make it in time to the hospital for him to be born.  After Dylan’s accident he underwent three months of intense physiotherapy to help him to walk and talk again.

PS Allan and Duncan MacDonald of the local Safety Camera Unit (also the Drum Major with Beauly Firth and Glens Pipe Band) managed to gather together Dornoch Sutherland Schools, Sutherland Caledonian, Royal Burgh of Tain, Ardross, Dingwall RBL, Strathpeffer and District, Inverness RBL and Northern Constabulary Community Pipe Bands for a massed bands through the streets of Dornoch.  The event managed to raise £7807.28 that was presented to Dylan and his family!  As a result of this fantastic amount of money being raised there is a hope that this can become an annual event and each band taking part will have the opportunity to host the event in their own area, and also choosing the charity that will receive the proceeds.

Dylan is a great fan of pipe bands and is learning to play the chanter at school.  On the day of his accident he had his usual chanter lesson and in his school bag was his completely undamaged chanter. 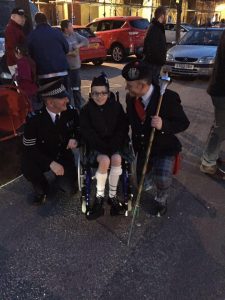