Portlethen and District step out in new tartan 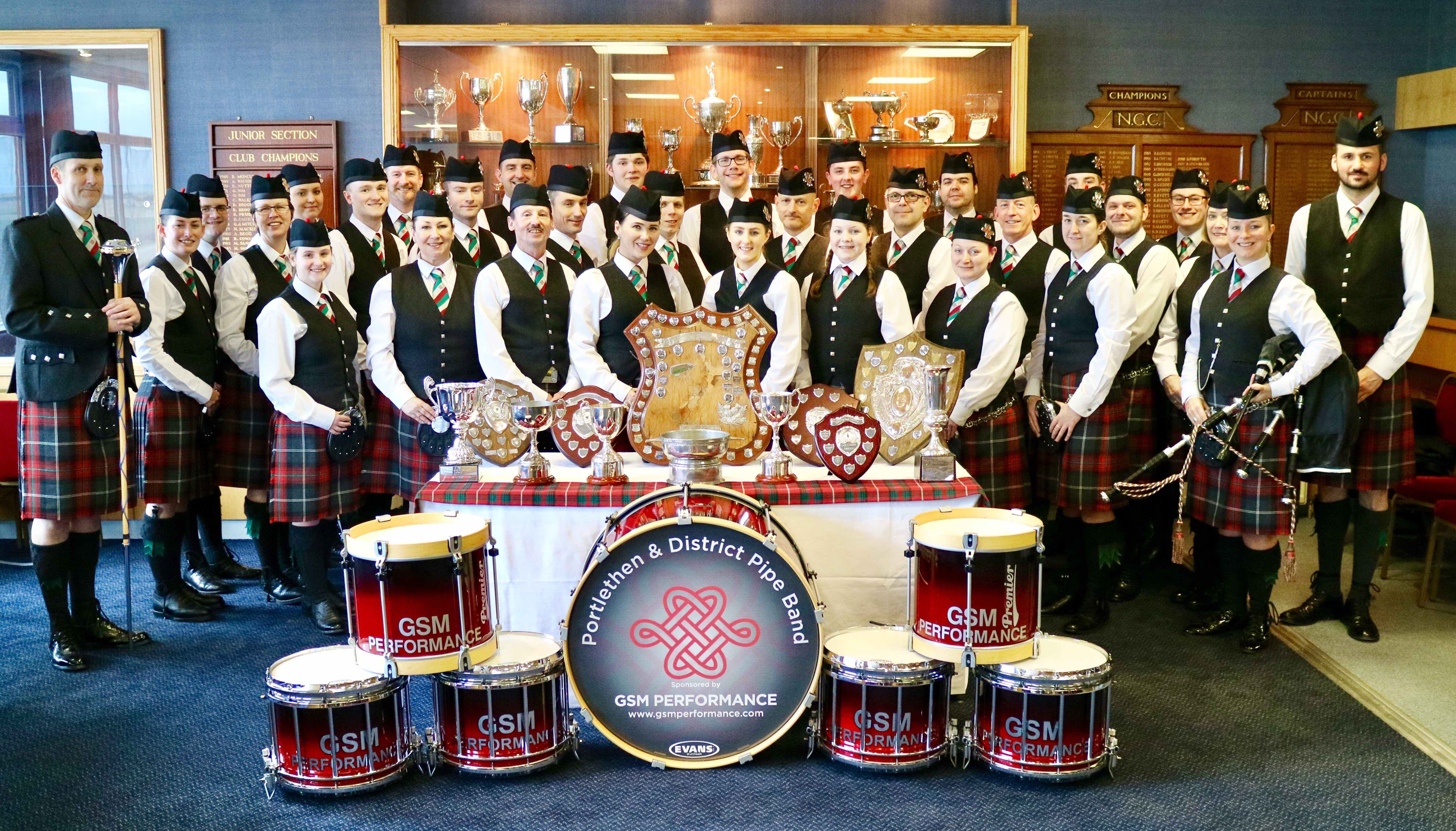 Back in February Portlethen & District Pipe Band announced that they would be stepping out into the 2017 season with a new band tartan.

The band have worn their familiar Stuart of Bute tartan since around 1999/2000 and many of the kilts that were in stock date back to the original batch which is nearly 20 years old.  With the band expanding in numbers and the constant year-round use, the kilts were very much in need of replacement with many kilts being thread bare, buckles lost and even sun-faded.  With an entire refit being required this presented an opportunity to change and update the band tartan.

The new tartan is called ‘Portlethen & District Pipe Band’ and was designed by PM Julie Brinklow.  The band have worked with the Kilt Centre in Hamilton who have produced the tartan.

‘An opportunity presented itself.  The band needed a complete refit and with the support of our sponsor and the great budgeting of our band management we were able to make having a bespoke tartan a reality.  The feeling behind the new tartan was to try and retain the band identity which we are very passionate about here at Porty, whilst updating the band image with a new, clean and smart tartan that will see the band through the next 20 years and hopefully beyond’ – PM Julie Brinklow.

The band debuted their new tartan at the Porty Kilty Ceilidh on Friday the 3rd of March.